The history of Solitaire begins in the 18th century. Back then the game was known in several countries under different names. The British affectionately called it "Game of Patience". In France it was known among the people as "Succes", while the Danes, Norwegians and Portuguese preferred "Kabal". 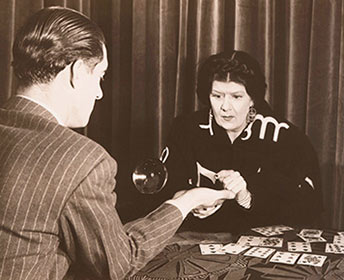 The history of Solitaire goes back to a time when the outcome of the game was associated with soothsaying and fortune telling. There had been a long-standing tradition in Germanic and Scandinavian cultures to use Solitaire or "Patience" as the basis for predicting the future. People believed that someone’s faith would change from time to time, and so it would sometimes be better to postpone important decisions if fortune wasn’t on your side. If a game of cards was lost a few times in a row, this was considered a warning from Fortuna, the goddess of fortune. However, if somebody won on the first turn, they could expect a lot of good fortune. According to an interesting study, Solitaire was first played by French prisoners held in the Royal Prisons of France. However, it is also said that the game was invented by an aristocrat during his imprisonment in France. This is supported by the fact that many terms used in Solitaire come from French, as well as the many books that were written about the game at that time.

Solitaire was known as a competitive card game which required patience, good problem-solving skills and intelligence. It was a game of cards where players took turns or used various card decks. The earliest known recording of Solitaire was in German books in 1783 where it is described as a game for people to play by themselves and to improve their own skills.

Each player has their own personal reasons for playing the game. Napoleon Bonaparte allegedly played this game during his exile on St. Helena. He started playing the game to improve his mental alertness. Even today many card and Solitaire games have been named after him or the island where he was in exile.

The game quickly became popular in France and England. It is said that the English Prince Albert was incredibly skilled at the game. He moreover witnessed the birth of the "Book of Rules", that appeared by the end of the 19th century. 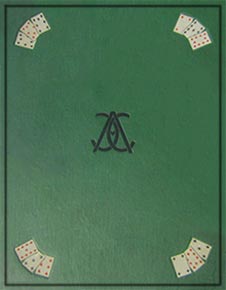 But it wasn’t until the late 20th century that Solitaire as we know it today started to come about. There are several series of books that describe the various variants of Solitaire games. The book with the title "Illustrated games of Patience" was published in 1870 and written by Lady Adelaide Cadogan (see image). Later "Patience" by Mrs. E.D. Cheney, "Dick’s game of patience” by Dick and Fitzgerald and "Amusement of invalid" by Anne B. Henshaw where published.

In the 80s the game was still gaining in popularity among aficionados of the virtual version of Solitaire. Shuffling and dealing cards with every new hand was no longer necessary, which made the game more fun and easier to play. Moreover, at the press of a (mouse)button you could start a new game, and this, of course, only made the PC version of Solitaire even more addictive. The first commercial release of Solitaire for came about in 1987, and was created by Brad Fregger for the Spectrum Holobyte computer. The game also came out for both PC and Macintosh. It offered eight different versions of Solitaire, among which Spider Solitaire, and offered the then gaming community EGA 16-color graphics with reliable computer mouse control. In 1995 Windows developed a new and simplified version of the game known as FreeCell. Within a very brief period the game gained enormous popularity among players of all ages. Finally, Spider Solitaire came preinstalled with Microsoft XP, which had a tremendous impact compared to its predecessors.

Today a lot of books have been written on the thousends of different varieties of Solitaire games, each with their own small variations and characteristic features. There are many different kinds of Solitaire games, such as Pyramid, Scorpion, Klondike, Concentrate FreeCell, and of course Spider Solitaire. FreeCell, Klondike and Spider Solitaire come preinstalled with every new Microsoft Windows version. For all you avid card players who can muster enough patience, Solitaire is highly recommend!